To celebrate what would have been Stevie Ray Vaughan’s 60th birthday, the October 2014 issue of Guitar World has an in-depth cover story on 30 of his greatest recordings — from “Texas Flood” to “Riviera Paradise” and “Couldn’t Stand The Weather” to “The Sky Is Crying.” The magazine also covers the story of SRV and Double Trouble recording their debut album in 1982. Blues legend Buddy Guy also pays tribute to SRV, and Metallica’s Kirk Hammett covers how to play like SRV. The magazine also includes a poster tribute to Stevie Ray’s Number One guitar. Get the magazine on newsstands or order it online today! 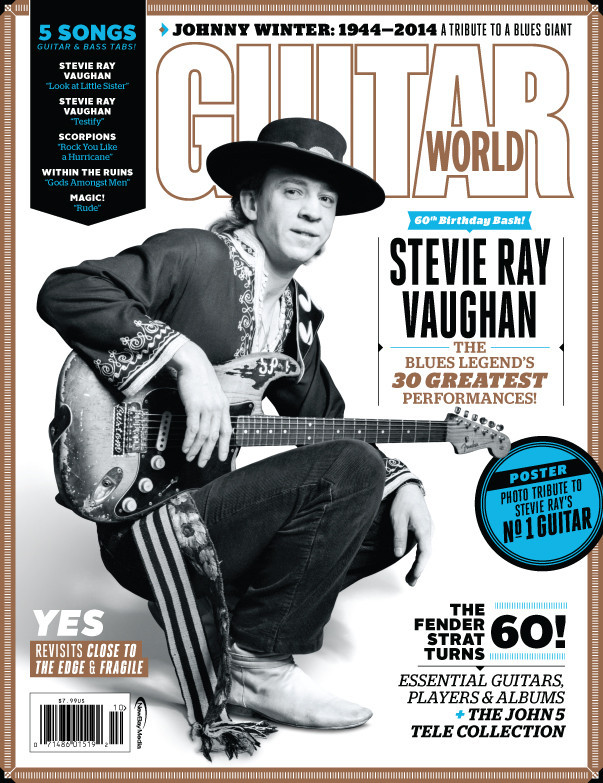