From Jimmie Vaughan’s epilogue to Texas Flood: The Inside Story of Stevie Ray Vaughan:

“The guitar was Stevie’s instrument of liberation, his magic sword. I can’t even fathom Stevie without a guitar. It meant everything to him. It took Stevie around the world. It introduced him to his heroes. It allowed him to express himself so he could speak, so he could have an identity. So he could find out who he was. When Stevie played, his guitar talked and told his story. If you listen, you can hear it. You can hear him speaking through his guitar. I know I can.”

Texas Flood: The Inside Story of Stevie Ray Vaughan is out TODAY! Tuesday 8/13. Order now! https://bit.ly/TexasFloodSRV

All photos in the book. Music by Andy Aledort from his album Put A Sock In It.

“Lou Ann was terrific, a great singer in her prime and a huge presence,” drummer Rodney Craig says in Texas Flood: The Inside Story of Stevie Ray Vaughan.

And check this out: Jackie will be the bass player for the Texas Flood Book Release Musical Celebration at C-Boy’s Heart & Soul on 8/17.

Family Style was the first joint project by Stevie Ray Vaughan and big brother Jimmie Vaughan. Material was still being written in the studio.

Recalls drummer Larry Aberman, “Jimmie took out his acoustic guitar and said, ‘I’ve got this song I’ve been working on but it’s not quite done. I’d like to know what you guys think.’ He starts playing the hook: “Tick tock, tick tock, tick tock, people/ Time’s slipping away” and goes, ‘What do you think?’ We were all like, ‘It’s a f**king smash!'”

From Texas Flood: The Inside Story of Stevie Ray Vaughan:

In 1976, Albert King played Antone’s for the first time, on three consecutive nights, April 29 to May 1. King was an intimidating man who stood 6-foot-5 with broad shoulders and usually had a pipe clenched between his teeth, which sparkled with gold. Onstage, his Gibson Flying V looked like a ukulele in his massive hands. His tough tone and aggressive playing style, marked by huge, multiple-string bends, were equally macho. The lefty held his right-handed guitar upside down and tuned in an enigmatic fashion that is still debated, the combination of which gave him a highly distinct style that’s been oft-copied but rarely duplicated. Stevie Ray Vaughan was an exception; Albert King’s style was at the very heart of his playing. He was not going to miss an opportunity to see his idol perform and hopefully to interact with him. Clifford Antone, who died in 2006, said that Stevie begged him to ask Albert to let him sit in.

Recalls Jimmie Vaughan, “It was so far out: nobody would ask Albert King to sit in unless you were dumb or something. I don’t even know if Jimi Hendrix would do it…. Albert didn’t like anyone, but he liked Stevie! He put his arm around him, and from then on it was big Albert and little Stevie.”

From Texas Flood: The Inside Story of Stevie Ray Vaughan: “We went to all kinds of lengths for that show,” says Chris “Whipper” Layton. “Jimmie Vaughan had the idea to have mariachi suits made and we went to Nella’s Tailors and talked to the Mexican women there. We looked at all this material and their cool silver buttons and buckles hardware, and picked out what we wanted for our pants and jackets and Stevie decided to have two suits made, one blue and one red.”

There are more than 170 photos in the book Texas Flood: The Inside Story of Stevie Ray Vaughan. Here’s one the authors didn’t include: Mick Jagger with Stevie Ray and Double Trouble.

Legacy Recordings, the catalog division of Sony Music Entertainment, commemorates the 10th Anniversary of Record Store Day with an electrifying line-up of exclusive new and collectible 7″ and 12″ vinyl releases.

Now in its tenth year, Record Store Day is an annual day-long celebration of record store culture held on the third Saturday in April. RSD 2017 will be celebrated at independent record stores worldwide on Saturday, April 22, 2017. To locate your nearest participating RSD 2017 retailer, please visit: https://recordstoreday.com/Stores. 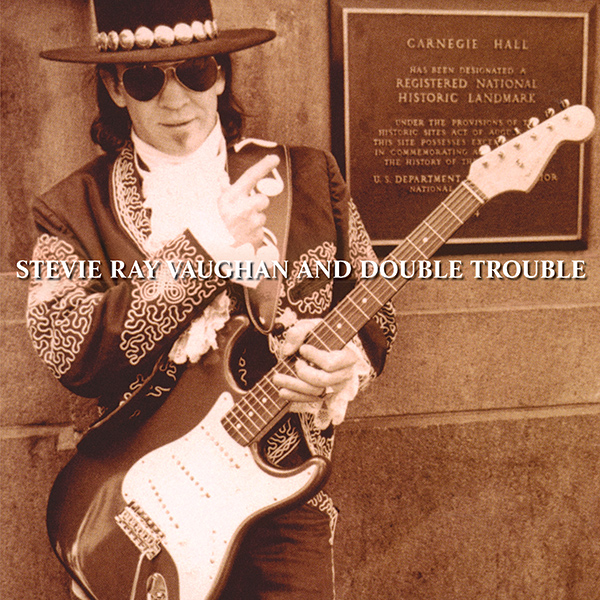 Read about other Record Store Day releases at LegacyRecordings.com.